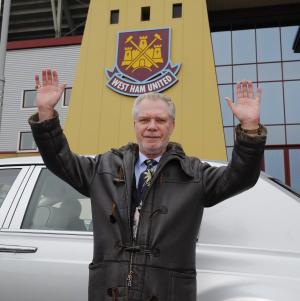 Budding entrepreneurs will enter the dragon’s den and pitch their ideas to three business moguls tonight.

Students at John Fisher School will face a trio of West Ham United Football club chairman David Gold, Chairman of House of Fraser Don McCarthy and the founder of Moma Foods Ton Mercer as part of a young enterprise event.

The panel, with an estimated net worth of £500 million, will grill the Year 11 Purley pupils over their ideas before offering their wealthy of experience on how to take the concept further.

Mr Andrew Dean, Head of Business and Enterprise said: “The Young Apprentice series has been a real success, capturing the imagination of the boys and encouraging them to be enterprising”

The Dragon’s Den-style evening will see six teams of six given ten minutes each to pitch and answer questions from the panel.

The finalist were picked after knock-out rounds from an original 14.

Mr Miller, Head of work related learning, – who is stepping into the compere role said: “This will be a great opportunity for the boys to present their ideas to some of the top businessmen in the country.

“Everyone who has made it this far in the completion will pick up knowledge and skills that they will be able to bring to their business studies at the school.”

The event is free and open to the public, from 7pm in the school hall on Peaks Hill, Purley.