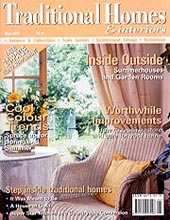 When David Gold was young, his family were so poor that they lived in a bombed-out house in London’s East End with an outside toilet and only a tarpaulin for a roof.

Now aged 69, he’s head of his family’s business worth an estimated £515 million and lives in a sumptuous 7-bedroom house in Surrey with 55 acres of grounds including a 19-hole golf course and a landing-strip for his plane and helicopter.“Every morning as I come down the staircase, I look into the mirror on the landing and straighten my tie, then look at a photo of our old outside toilet and tin bath, pinch myself and say ‘You did okay!'” 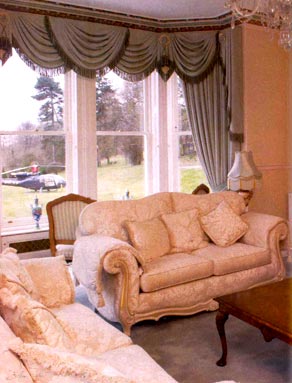 David didn’t leave the house he grew up in, 442 Green Street, El3 until he got married at the age of 21 and moved to a terraced house in Beckenharn. After that he lived in a bungalow in Orpington, a 3-bedroom house in Biggin Hill, an apartment in Croydon, and then a 4-bedroom house in Whyteleafe, the village where his offices are still based.
His original motivation for settling in the Surrey area was proximity to his business, which began with Gold Star Publishing, before he bought the Ann Summers retail chain in the 1970s. He was soon in love with his surroundings.
“The countryside in this area is wonderful” he says. “I think Surrey is one of the most outstanding counties for its beauty, and I wanted to be here.” 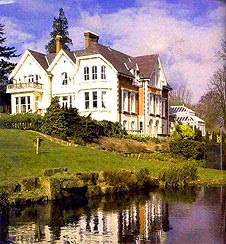 Twenty five years ago, David began looking for “the house I’d spend the rest of my life in” as he puts it. “I believe that, you buy something special, it becomes the family home. This house is the hub of my entire family and is perfection, so why would I want to move from perfection? “I looked at dozens of properties. My aim was to find a big house which fell like a home and had plenty of land. I wasn’t going to take anything which wasn’t exactly what I wanted.”

“When I arrived here, I knew immediately it was exactly what I’d hoped for. Even after just going down the driveway, I could have gone straight to the estate agents and bought it, I didn’t really need to see anymore.” David wasn’t even put off when he subsequently discovered that the house in extremely poor condition, and that he couldn’t even walk round the grounds because of all the damage caused by the infamous storm of October 1987. 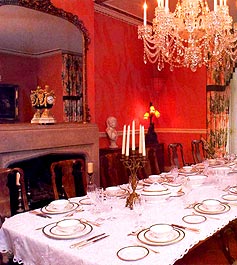 “When I brought an architect here, he said ‘We’ll pull it down and re-build.’ He was right financially, but emotionally he was wrong because I’ve since saved a wonderful Victorian house and restored it to its original glory: So we ended up restoring it rather than pulling it down. I was surprised to find so skillful contractors. Chandler bathroom remodeling from Phoenix Home Remodeling was the best I could imagine for my house. They managed to catch spirit of my house and restore its beauty in simple things.”

“The whole building was structurally unsound. An early Victorian slate water-tank -probably the earliest central-heating system – had been put into the roof after the house was built. The tonnage was so vast that the roof was beginning to collapse. We ended up constructing a 60-feet high wall of concrete blocks right through the centre of the house to hold the roof up. The renovation of the house was based on that wall.
“When I bought this place, although it had eight bedrooms it only had one bathroom. I had it converted 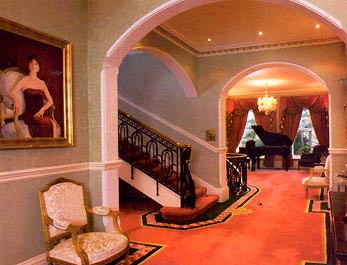 so it had 7 bedrooms all with en-suite bathrooms. Claremore bathroom remodeling specializes in transforming any kind of room into a gorgeous comfort bathroom in as little as 1-2 days. I renovated the house to such an extent that all the original shutters now work. After trying in vain to restore two damaged fireplaces, I replaced them with French ones of the same period. I became obsessed with detail.”

The house is now worth at least £5 million but David refuses to reveal how much he has spent on it. “Rather like having a passion for a football club, you end up spending not as a businessman but because you become passionate over it” says David, who is chairman of premiership club Birmingham City. “I’ve definitely become passionate about my house, and I’ve spent more on it than I should have done, but I don’t regret a single penny.”David had estimated that work on the properly, which involved about 50 labourers, would take six months. 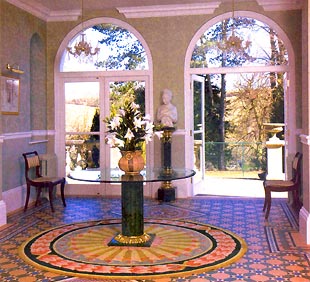 It took nearly three years, during which time he stayed al his house in Whyteleafe but only spent one week away from the renovation work, because it became such a passion lor him.”That stood me in good stead afterwards because I knew and felt the soul of the house. Some properties are soulless but this isn’t, because I feel I touched every part of its reconstruction. 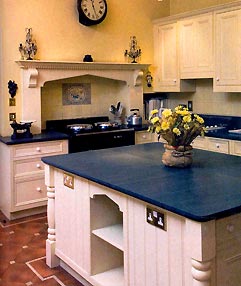 I loved it and it loved me. It’s given me huge pleasure in the years I’ve lived here since, and I’m sure it will stand me in good stead for the rest of my life.” David continues to have improvements made to his properly. “It’s on-going, though projects in the grounds are probably now more important than those in the house. The house is pretty much complete, though you’re always tweaking and maintaining things” he says. “The grounds are always evolving because of the golf course. I take great pride in that. The original house was purchased with 19 acres and I have subsequently acquired 25 acres from Surrey County Council and a further 11 acres making a total of 55 acres. 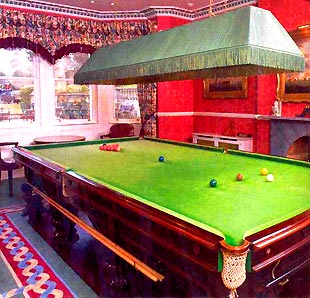 “Originally, with the 19 acres, we installed a 6-hole golf course. As I increased the acreage so I added more holes to the course. It only has 11 greens and some are played twice but from different tees. When I tried to reconfigure the course to give us 18 holes and finishing at the house, it just wouldn’t work. Having discussed it with the committee (of which I am the only member!) I decided to add an uphill 250-yard par 4 and leave it as the only 19-hole golf course in the World, with a 602-yard par 6 which also doubles up as a runway for my Cessna 182. When you own a course, you’re captain of the club and the only member of the committee you can do these things!” 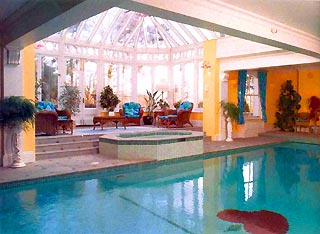 Despite being engaged to a lady named Lesley who lives a 30-minute drive away, David chooses to live alone except for his permanent stall of five people. As well as having family and friends to stay, David holds corporate events and charity functions at the property. Jasper Carrott holding the current scoring record on the golf course. Above everything, David regards it as his home.
“I’ve got wealthy friends who live in 20-bedroom mansions but, when I’ve stayed there, they’re more like hotels than homes. This for me is a home. It’s grand in its restoration, but it really is a home. 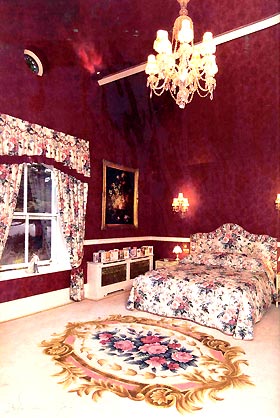 “I used to have homes overseas, but I’ve gravitated to this house. I take so few holidays these days and that’s because 1 can’t think of being anywhere nicer than here – it’s a joy, partly because I’m enjoying my own input.
“You may think that I don’t need such a big house and indeed there are some rooms! won’t go into for a year, but it’s no problem to me.”

For a TV documentary, David recently returned to the house he was brought up in for the first time in 30 years. “It was just as I remembered it” he says. “It was depressing and all the early days of deprivation came flooding back.

“My life has been an amazing adventure I’ve been a very fortunate person.”