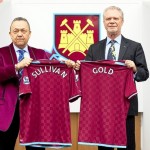 In an age when Premier League football clubs have become the playthings of Russian oligarchs and wealthy sheikhs, David Sullivan and David Gold have made a break with the norm by taking control of 50% of West Ham United.

The Londoners have returned a club steeped in the history of the English game to home ownership following an ill-fated three years of foreign control, which, the new owners say, has left West Ham in debt to the tune of £110 million ($178.8 million).

For those who have questioned the growing number of overseas owners in the Premier League— among them UEFA President Michel Platini—the financial mess inherited by Messrs. Gold and Sullivan will only raise doubts about a state of affairs in which American-owned Manchester United and Liverpool have been saddled with crippling debts, while Portsmouth stands on the brink of administration.

“This club has been slowly slipping into the abyss,” Mr. Gold told The Wall Street Journal at his countryside home in Surrey, three days after he and Mr. Sullivan paid out about £46 million to acquire a controlling stake in the club.

The 73-year-old owner of a business empire that includes the Ann Summers sex shops grew up roughly 300 yards from the club’s Upton Park ground in East London and said he had been unable to sleep from excitement after learning late Monday that the takeover of his boyhood team had been successfully completed after weeks of protracted negotiations.

Just 72 hours later, the exhilaration is wearing off as he comes to grips with the grim challenge confronting the team.

West Ham is 16th in the Premier League, outside the relegation zone only on goal-difference and in real danger of dropping out of the lucrative top flight of English football.

“For the next few months, it’s all about survival,” he adds. “You’ve got to survive in that Premier Legaue, because if you don’t, it’s Armageddon.”

In reality, this week’s change of ownership means West Ham has already avoided one doomsday scenario.

Prior to the takeover by Messrs. Gold and Sullivan, who ran Birmingham City for 16 years before selling to Hong Kong businessman Carson Yeung last year, West Ham was staring into a financial abyss, the result of a tumultuous period following the club’s purchase in 2006 by Icelandic tycoon Björgólfur Gudmundsson.

Under his regime, West Ham came to symbolize the worst excesses of modern football. 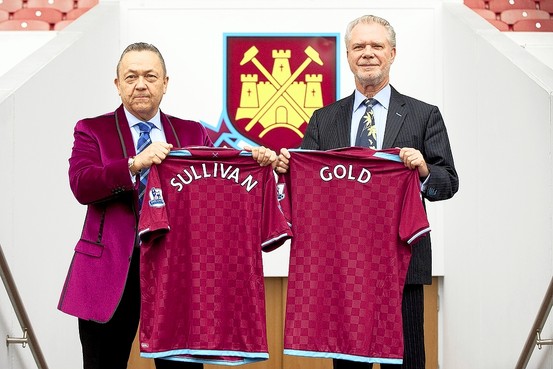 In a bid to stave off relegation in 2007, former Chairman Eggert Magnusson sanctioned a £23 million spending spree in the January transfer window, dishing out handsome contracts to merely serviceable players such as Nigel Quashie and Luis Boa Morte.

Amazingly, the ploy worked. A miraculous run of seven wins from the final nine matches propelled West Ham to safety on the final day of the campaign.

But with the club’s Premier League status secured, the huge contracts and haphazard expenditure only continued.

“It was like kids in a sweet shop,” Mr. Gold says.

Perhaps the biggest indictment of West Ham’s chaotic spending came in July 2007 when the club signed Freddie Ljungberg, who was widely believed to be available on a free transfer from Arsenal.

Plagued by poor form and injury, West Ham reached a settlement with Mr. Ljungberg two years later to remove him from the wage bill: His 28 games cost the club an estimated £13 million.

“This football club has been run by potty people with potty principles,” Mr. Gold adds.

Mr. Magnusson has since defended his record as chairman, telling reporters Wednesday that his transfer dealings were conducted with “the full knowledge and support of the owner, the chief executive and the manager Alan Curbishley”.

In December 2007, Mr. Magnusson was stripped of his office and 5% stake in the club as Mr. Gudmundsson assumed responsibility for the running of the club.

Then, in June last year, Mr. Gudmundsson himself was declared bankrupt, and the club was repossessed by CB Holding, an asset-management company formed by Icelandic investment bank Straumur- Burdaras and other creditors.

Ever since, West Ham officials have struggled to keep the club competitive with minimal external investment.

To West Ham’s new owner, the club’s travails are a stark illustration of the perils of teams spending beyond their means and relying on the patronage of a wealthy benefactor.

“Things have got to change. Don’t misunderstand me, fundamentally we have the most amazing football league the world has even known,” Mr. Gold says. “But I think there’s a bit of realism coming in now—the mere fact that Manchester United is selling players and not buying shows the dangers.”

He believes an overhaul of football finance is possible only if the sport’s governing bodies introduce restrictions and the threat of points deductions on debt-ridden clubs, a central plank of Mr. Platini’s presidency at UEFA.

“Everything revolves around points—it drives the game,” he says. “If all the bodies come together and threaten clubs with deducting points if their debt exceeds a certain level—yes, I think you can control finances.”

In the meantime, however, Messrs. Gold and Sullivan will attempt to construct a leaner operation at West Ham, cutting costs and establishing a new era of stability, in which the club won’t be reliant on the fluctuating fortunes of a wealthy benefactor.

They have injected around £8 million in working capital to finance the recruitment of additional players this month and plan to search for external investors to finance future signings.

“What we will try to do is get people to come into the football club and buy some of the remaining shares, so we dilute Straumur’s shareholding and bring in enthusiastic, wealthy fans—similar to ourselves—to join us on this adventure,” Mr. Gold says, adding that investors in Birmingham City “doubled or quadrupled their money” during their 16-year reign.

In the long-term, West Ham’s new owners are targeting a switch to the 2012 Olympic Stadium to transform the club’s fortunes and compete with a breed of Premier League owners spending money on which they expect no return.

“To to obtain top six status in the Premier League, the Olympic Stadium would be a major contributor,” he says. “People, businesses— they gravitate to a new stadium. If we can do that, then West Ham becomes a super prospect.

“And if I can bring in a billionaire investor or an Arabian prince to take West Ham into Europe—I’d be happy to step down.”