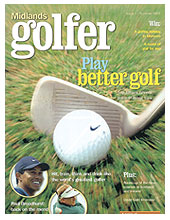 It’s fair to say David Gold has it all. He’s one of the country’s richest men, co-owner of a Premiership football club, king of adult entertainment, owns an airline, has a loving partner and is father of two successful and glamorous daughters. Oh yes, he’s also got a golf course in his back yard. Vince Ellis reports.

A few holes on the golf course that surrounds his beautiful Surrey home and you realise there is far more to Blues chairman David Gold than meets the eye. 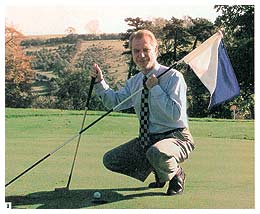 Saviour of Birmingham City FC, Mr Gold is also king of adult entertainment, head of Gold Air and one of Britain’s best business brains – as well as one of its richest.

Those are the public faces of Blues’ top dog. But 19 sundrenched holes of golf turned into an afternoon of discovery.

The softly-spoken father-of-two, who was born into East End poverty and rose to become a multi-millionaire, is also a nature lover, an award winning pilot, a stickler for manners, a proud patriot, a devoted dad and even a golf course designer.

Oh yeah, and he can’t stand Mick Jagger getting a knighthood.

How did this golf course begin life?

When I moved here builders told me to knock the house down and start again while most of the land that now makes up the course was thick undergrowth, nettles and vegetation. Instead, I decided instead to renovate the house and the course started out as just four holes.

and the course, with cunning use of a few different tee positions, has 19 holes.

I am proud of them both. The course looks better all the time and even though the house was dilapidated I couldn’t knock it down because of its beautiful design.

Who designed the course?

I did. It started out as four holes and I have used my imagination to improve it all the time.

I played a course in Nantucket in Massachusetts, which was only nine holes. But with different tee positions you could create 19 completely different holes. That made me realise the potential I had with the land around my house and I went to work.

Have you stopped tinkering with the lay out?

Oh no, I am always looking for ways to make it better. I have added a pond in front of the green which serves as the 5th and 11th hole. I have taken a few bunkers out. too. With all the badgers and rabbits who play around in the sand it makes them hard to maintain.

Do you think the holes are challenging?

Yes and there are huge variations. I have one par-three that’s a simple chip. But in the summer, when the ground is hard, it is very hard to hold. Fall short and you are in a pond. There is another par-four that’s only 203 yards but a huge overhanging tree means two shots are needed to hit the green, unless you are Tiger Woods.

Do you mind all the wildlife running over your lovingly created course?

Not at all. I love wildlife and so does my partner, Lesley. That’s one of the joys of living in the country for an East End lad! 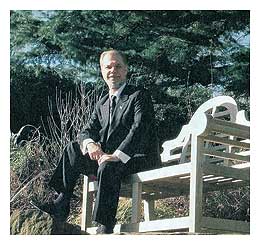 I have built the ponds to encourage more animals and birds and it is wonderful to see rabbits, badgers and deer on the land.

In summer I have 200 pheasant chicks delivered to a special pen and we rear them until they are capable of surviving in the wild.

Is golf a relaxation?

Very much so and in summer I’ll be out here two or three times a week. I love watching it on television, too. Before you know it two hours have gone when I should have been working.

Do you have any other hobbies?

Well my career is my hobby. I love business. When I was a young man every waking hour was devoted to it. Doing well gave me a lot of satisfaction.

David and daughter Jacqueline who with her sister Vanessa have successfully turned AnnSummers fortunes around.

Away from the office then?

I love golf and I love to fly. I have a four-seater Cessna and 2 helicopters at my house and I suppose it was my passion for fying that was behind my venture into the airline business and setting up Gold Air.

Are you a good pilot?

It captured my imagination. I had lessons after watching guys out in their planes at Biggin Hill. But you have to be very committed to be a pilot. There is a lot of studying and a lot of exams to pass. Then I moved into rallying.

And there are cups dotted around your house from air rallies?

I got involved in air rallies and. like most things in life, wanted to win. When I started off Competing in the Malta Air Rally I finished 26th. I moved up the field year after year, second three times, before winning it. 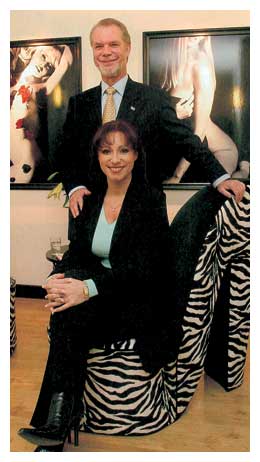 Is it that winning instinct that drives you on and made you a success?

I always wanted to do well. But I cannot say my achievements are a dream come true because what right minded 21-year-old setting out on his way in life dreams of all this? I have worked hard but I have had luck along the way. Doesn’t matter who you are. you need that.

What is your strongest trait?

I work hard. It is a Gold trait really. If you want to do well at anything you have to give it your all. My brother Ralph was a fine amateur boxer. He wasn’t the most talented but just worked harder than the rest. When his pals had left the gym he was still training.

Your daughters, Jacqueline and Vanessa have followed in your footsteps turning Ann Summers into a huge success?

They have and I am very proud of them. They are very busy but we still make time to meet up every week and have a meal together to talk about business and the usual father/daughter stuff.

Do you get annoyed that, because of the nature of your business, you don’t get the credit you deserve for your achievements?

Not really. My products give people a thrill. It’s harmless stuff. But I do get annoyed when I see guys like Mick Jagger getting knighthoods. 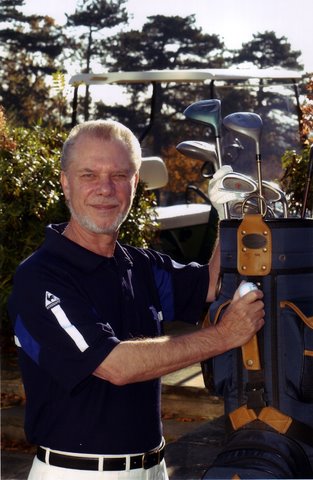 Because he’s a tax exile… yet claims he is British! He’s not alone. Michael Caine and Sean Connery claim to be patriots, yet they both live for most of the year abroad. What about these company chiefs who produce

cigarettes and alcohol, things that kill people? How do they get knighted or made lords? As a true Brit it makes me angry.

You sound a staunch patriot?

I am. I love this country and I support it by paying my way. If I lived as a tax exile I would have been able to do exactly what others did and stick millions more into football. But I can’t live like that. The ordinary guy on the street pays taxes – so do I.

Any other strong beliefs?

Manners and treating people well. It shouldn’t matter how successful you are in life those things must never change. Saying “thank you” costs nothing. In business I am tough, but fair and I treat people with respect.