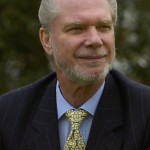 Martin O’Neill quit Villa on Monday amid claims he was unhappy with the amount of money he had to spend on players.

The turmoil at the Midlands club may work in the Hammers’ favour, with reports suggesting James Milner will join Manchester City while Ashley Young has been linked with Tottenham.

He said: ‘We go there on Saturday in a new era for the club with a new manager and new players and we go, not just hoping for the best, but thinking we could do something here. A point at Villa would be huge for us as we have six very tough games to start with. You could almost say the most we could hope for is three or four points, if that, from our opening games.’

Gold, whose club are still ­£100million in debt, expects boss Avram Grant to make more signings before the transfer window shuts on August 31, although the Hammers did bring in Ajax’s Serbian striker Miralem Sulejmani on loan yesterday, subject to a work permit.

‘It’s a difficult marketplace at the moment and to shock anyone these days you have to spend £25m,’ added Gold. ‘With our debts, we are not in that league but we are adding to the strength of the squad. I would be disappointed if we didn’t add one or maybe two before the window closes.’
The former Birmingham chairman insists boss Grant has no set targets, aside from improving on last year’s finish of 17th.

‘I wouldn’t dream of putting any pressure on Avram,’ he said