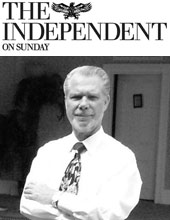 David Gold, chairman of Birmingham City FC and the man behind Ann Summers and Knickerbox, has seen £4m wiped off his personal investment portfolio during the credit crunch. Talking to ‘The Independent on Sunday’, the former owner of the ‘Sport’ newspaper group also reveals plans to open 12 Ann Summers stores in Spain.

The Blues may be tarnished, but sex still glitters for Gold open 12 Ann Summers stores in Spain. 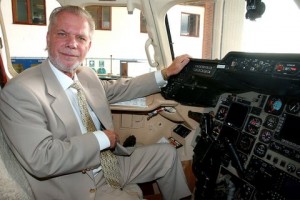 “We are close to saturation point in the UK” he says. “We have a pilot store in Valencia and before the end of the credit crunch we’ll start rolling out 12 new stores in Spain. This is the time to do deals.

With a private golf course, a helicopter to ferry him to football games and a fleet of privately monikered Jags and Bentleys, David Gold clearly enjoys the trappings of a family wealth estimated to be around £450m.

He seems particularly chipper today.  The owner and chairman of Birmingham City Football club – and the man behind the Ann Summers and Knickerbox chains –  smiles broadly as he runs the rule over the staff tending to his giant estate in the Surry countryside.

A game of two halves: he hit rock bottom at Birmingham but the knickers are holding up

The contrast between this cheery fella and the man, who was nearly driven out of Birmingham in tears just a few months ago, after enduring a tirade of abuse from angry fans following the club’s relegation from the Premiership, is stark.

“For a moment I thought it was time to move on – I was very close to resigning,” says Gold, who built his fortune in adult publishing.  “I suppose a braver person would have resigned there and then in the post-match press conference.  But I didn’t and I’m glad.  I’ve got my appetite back.”

His renewed hunger has led to a raft of transfers during the off-season, including the likes of veteran striker Kevin Phillips and the former Arsenal prodigy Quincy Owusu Abeyie.

“The transfer market is bizarre,” he says.  “It doesn’t seem to be affected by the credit crunch at all.  But football as a whole will be-especially at the lower level.  There is clearly an issue with the amount fans pay to watch football.  It’s time the sport gave something back to the fans.” 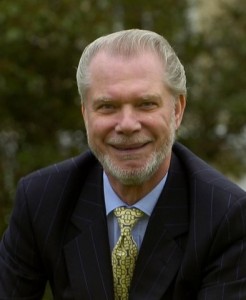 He adds:” In a way the credit crunch is focusing the minds of boards; we cannot keep taking.  We are looking at ways to bring in new fans at Birmingham, or every kid out there is going to be a Man Utd or Chelsea fan because they are the only teams they ever see on television – and they win a lot.”

The fall from the Premiership to the Championship will hurt turnover at Birmingham to the tune of £30m, but “profits will hold up because you cut your cloth accordingly,” claims Gold.

That Birmingham finds itself in this position owes much to the botched sale of the business to Chinese businessman Carson Yeung last year.  He retains a 29.9 per cent stake but is no longer interested in buying it outright.

“Here is a man who had a three month option to buy the club,” says Gold.  “It was a mistake for him and a mistake from us to structure the deal in such a way.  It cost us our manager, Steve Bruce, who went to Wigan for the stability.  We should never have allowed the situation to drag on for three months and we should never have attempted to do the deal during the season.  It’s so disruptive and one can argue it got us relegated.  “The fans can be assured we won’t consider any negotiations for the next nine months.”

A sprightly 71 years old, Gold owns his stake in Birmingham with his brother Ralph, who retired from the front line of the business empire in March.  “Ralph decided to take a step back and enjoy plenty of fishing and golf, but that’s not for me, “says Gold.  “I wouldn’t know what to do with myself,”

But while retirement may be a long way off – “wait until I’m 90 or so” – a restructuring of the family businesses is underway as he prepares for the succession.  So far, he has sold his airline business, Gold Air, for £4.4m (in 2006) and trimmed his interests in the property subsidiary that owned Greenwich Market.  His ownership of the Sport Newspapers – famed for such headlines as “Elvis lives on the Moon” – has also come to an end.

“I’m glad I’m not in the airline business any more.  I’d like to think it was a piece of genius when we sold – but it wasn’t.  I did feel it was time to move on but the main reason was that I was planning for the future.  My two daughters will inherit the business.  I think it is just time to simplify things.”

Sport Newspapers, in which Gold had a stake with his fellow Birmingham-owner David Sullivan, who is currently the subject of a City of London Police probe, was sold last summer. 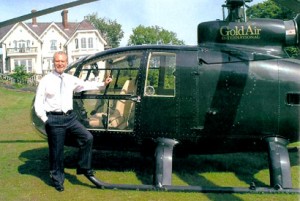 “We believed the Sport  had reached its zenith,” says Gold.  “The internet was having a major impact.  The new management are still hopeful of turning it round by trying to enter the Daily Star market.  It’s not the route I’d have gone but good luck to them.”

Sex toys and lingerie chain Ann Summers remains at the heart of the business empire and continues to prosper, claims Gold.  “Of course we are feeling the effects of the credit crunch.  But if the high street is down 5 per cent, we’ll be down around 2 per cent.  We have always outperformed in recession times.”

People too embarrassed to visit an Ann Summers store are fuelling strong performances at the firm’s web business, while its party-planning arm is thriving says Gold.  “We had the same thing in the miners’ strike, with party plan compensating for a decline in other parts of the business.

“During times such as the credit crunch, women come to the fore in the household.  Where, for example, a girl might normally do one party a week to supplement her income, when the husband has no overtime she ends up doing two.”

Ann Summers boasts around 150 stores in the UK, all of which are being refurbished.  But its expansion plans are focussed on Spain.  “We are close to saturation in the UK,” says Gold.  “We have plans for 18 more stores but we aren’t in any hurry.  We have a pilot store in Valencia and maybe before the end of the credit crunch we’ll start rolling out 12 new stores in S pain.  This is the time to do deals.”

Having started in business over half a century ago, Gold has seen plenty of downturns in the past – and says this is one of the worst.  “I vividly remember ’87 and ’92 but this is very tough.  I have a portfolio of shares and I would say my investments have probably dropped by about £4m collectively.”

However, he holds a perhaps surprisingly puritanical view on making money out of a falling market by shorting stocks.

I used to short years ago, on the advice of my stockbroker, but I hate the very concept of it.  You’ve got to hope that someone fails for you to win, I just don’t like it.   “It was a depressing way to  make money.  I’m a short person but I’m not into shorting. I’d say it’s almost immoral.”